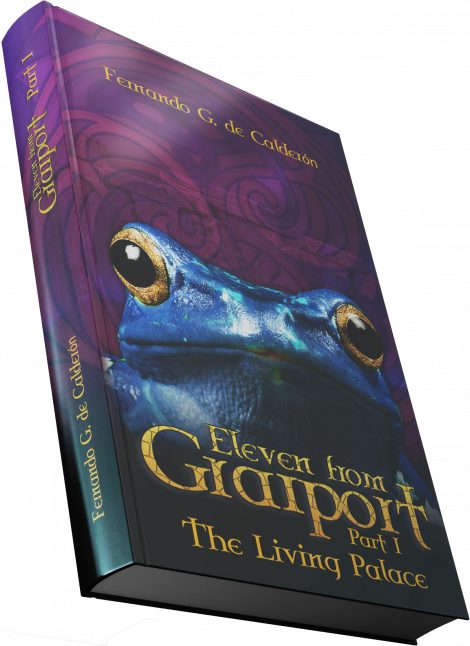 Eleven From Graiport – Part I: The Living Palace

“They left our world without a trace. Twenty-five years ago, ten children disappeared in the forests of Yewhill and only one person knows what happened that summer afternoon.
Professor Jacob MacMallad is not welcome at Graiport. He brings up unpleasant memories that people prefer to keep in oblivion. But, this time, he has returned to tell the truth and unveil the secret that has been a torture throughout his life.
Eleven from Graiport is the story of how a few children were chosen as pawns on the gameboard of the gods, trapped between Earth and Hell, in an adventure that was too much for them. Are you willing to share the secret of Jacob MacMallad? ”
THE LIVING PALACE is the first part of the young adult fantasy trilogy: ELEVEN FROM GRAIPORT, originally written in Spanish.
Part II and Part III (Unexpected Paths and Heart of Dragon) are also self-published in Spanish and await translation.

The whole story and style are not only epic fantasy, magic, and mythology creatures, but it is full of pop culture and autobiographic notes and thoughts that make the adventure and the characters more interesting and credible. It also adds a lot of funny and weird events and situations, the fact of placing normal teenagers between fantasy creatures. Probably, this is the most remarkable thing about the book.